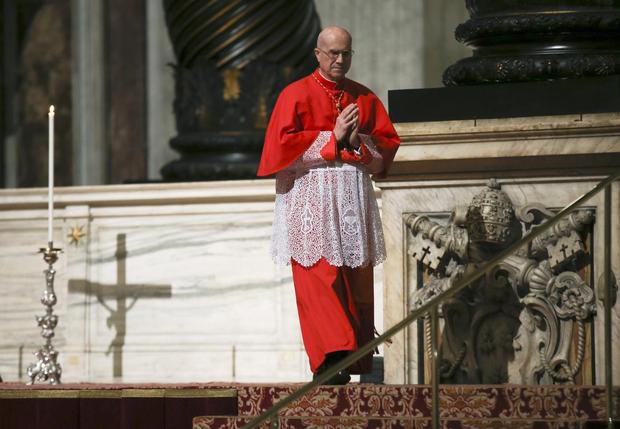 The Vatican said on Thursday it is investigating two former officials over claims money meant for a children’s hospital was used to refurbish a cardinal’s luxury apartment.

Costly work at former Vatican Secretary of State Cardinal Tarcisio Bertone’s flat — seeming to clash with Pope Francis’s recommendations that church officials live as modestly as he — caused a scandal when allegations emerged that the Bambino Gesu Hospital foundation had helped foot the bill.

Efforts to track down the two men, who no longer work at the hospital, were not immediately successful.

A lawyer for Bertone, who is not being investigated, said in a statement on Thursday the cardinal had never asked for or authorized any payment from the hospital foundation relating to his apartment.

Pope Francis has made cleaning up Vatican finances a priority of his papacy, as allegations of financial crimes have continued to emerge, including two major investigations into the handling of real estate and investments opened since late 2014.

Vatican investigators are looking into allegations the former hospital managers were involved in embezzling and misusing funds, according to L’Espresso. The work on Bertone’s residence cost some 422,000 euros ($481,000), the magazine reported.

Burke did not confirm the details of the L’Espresso story.

Its author, Emiliano Fittipaldi, published a book last year that included the allegations that money meant for sick children had been spent on Bertone’s flat. The book, “Avarice”, was also at the center of what media dubbed a “Vatileaks” trial into the leaking of church documents.

In another case involving the Bambino Gesu, Italian media reported in June that magistrates suspected a cardinal may have diverted 30 million euros in state funds destined for the hospital to save a different church-owned institution.

Bertone said last December he would pay 150,000 euros to the Bambino Gesu (Baby Jesus in Italian), which says it is the largest pediatric hospital and research center in Europe.

Hospital director Mariella Enoc was quoted saying at the time that Bertone had not received the money directly but wanted to make amends for “damage” suffered by the hospital.