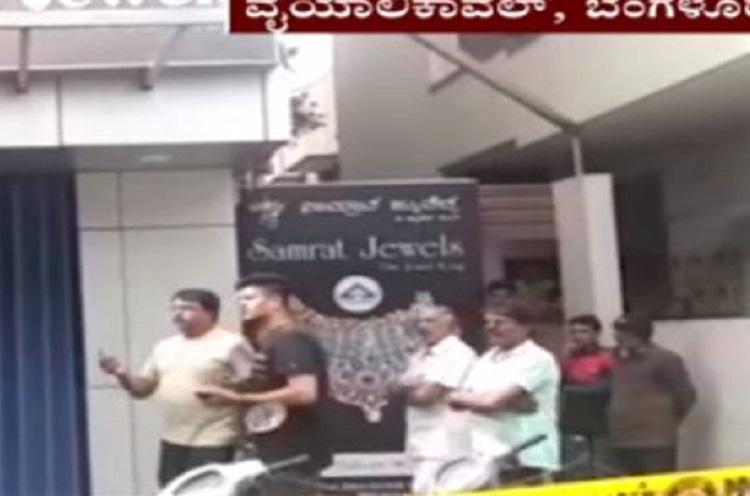 After three men armed with guns entered the shop and opened fire, Rakhi threw a chair in response, which made the attackers flee.

According to police, the incident occurred at around 2:30 pm and the assailants had come on a Pulsar bike which they had parked outside the shop.

Initially, the three men had walked in pretending to buy jewellery but they brought out a gun and shot in the air after asking her to show a piece of “Sachin Tendulkar” chain. It was then that Rakhi promptly threw a chair at them which made them flee. She and her husband Ashish then shouted for help. Ashish chased the assailants for about 50m before he lost track of them.

Speaking with Deccan Herald, Ashish said, “When I was about to display the items, I noticed that two of them were wielding guns. While one was still trying to load his gun, the other fired one shot randomly to threaten us.”

He added, “We don’t suspect any of our employees. The men were strangers.”

Police have seized the bike on which the attackers came, and are analysing CCTV footage to trace them.

Expressing confidence about nabbing the culprits, Chetan Singh, DCP Central said, “We have got definite clues about the culprits and hope to catch them soon.”

The incident prompted senior policemen including Bengaluru City Commissioner Bhaskar Rao and Joint Commissioner (Crime) Sandeep Patil to reach the spot. A case of attempt to murder, attempt to robbery has been registered by Vyalikaval Police Station