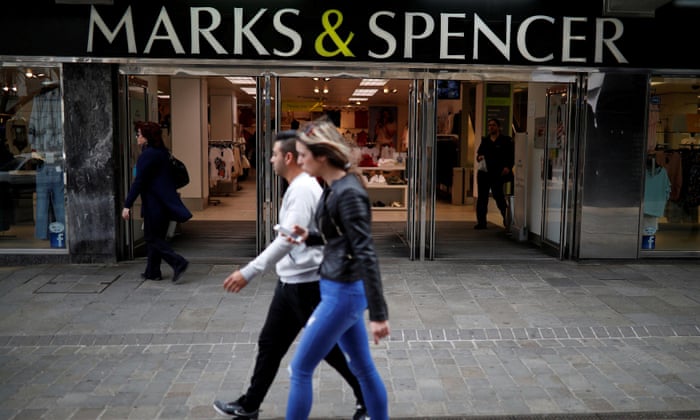 M&S has spent more than a decade trying to modernise – but some shoppers are just walking away. Photograph: Phil Noble/Reuters

Marks & Spencer’s share price has improved 10% since Archie Norman, lately of ITV and once of Asda, was named as the next chairman earlier this month. This show of faith in one non-executive is remarkable, but one can almost understand why it’s happened.

After a decade of modernisation programmes under former chief executives Stuart Rose and Marc Bolland – and another five years in prospect under Steve Rowe – poor old M&S shareholders must be crying out for a proven outsider’s analysis of where it’s all leading, and how quickly. Since 2012, M&S has clocked up an astonishing £890m in “adjustments to reported profit”, of which the latest £437m is the biggest contributor. Needless to say, the adjustments have all been downwards.

Beneath the surface, the verdict on Rowe’s first lap of the track is: fine, as far it goes. Pre-adjusted profits fell to £614m but the new boss can credibly claim to be “pleased with progress”. He hasn’t been diverted from his ambition to get off the treadmill of promotions and sell more clothes more cheaply but at full price. If this strategy is “starting to stabilise” market share, as he says, it’s a hopeful sign. So is the 8% improvement in cashflow to £585m.

The big doubt in the City, however, is whether Rowe is being bold enough in his plan to close 10% of the floorspace devoted to clothing and homewares. The programme would be radical in one swoop, but this is a five-year goal. In the age of internet shopping, the obvious danger is that market shifts faster than M&S intends to run in clothing.

Norman’s verdict is keenly awaited. He probably knows next to nothing about women’s fashion, but he does do “self-help” strategies quickly – and speed is the quality M&S’s frustrated shareholders are entitled to expect.

Hands off our strategically significant industrial laundromats! As a defence strategy, it wouldn’t wash, as Berendsen, a UK company on the receiving end of a £2bn bid approach from French group Elis, has worked out for itself. Nobody is ever going to be fussy about the ownership of a business that washes workwear clothing and cleans sheets for care homes and hospitality tents. Besides, Berendsen spins two-thirds of its stuff on the continent.

Lack of glamour, however, is not an excuse for letting the company slip away on the cheap. Until a profits warning last October, Berendsen was the model of a reliable FTSE 250 index performer. You could have bought at 400p at the start of 2012 and sold last autumn at £13.

The profits warning, which related to the UK operations, sent its shares sliding to 750p before a rally to 850p. At that point Elis pounced with a cash-and-shares offer currently worth about £11.60.

No way, said Berendsen, and its latest defence tactic is to predict that profits in 2018 will be about £170m, or about £15m more than the City had expected. That is not a game-changer, but it does underline the opportunistic nature of Elis’ approach.

The bidder might equally argue that Berendsen is full of jam-tomorrow tales, the biggest of which is the claimed 15% returns from a three-year £300m investment in new facilities. That criticism would be fair – but so is the objection that Elis would be piling on financial leverage in a cross-border deal many times larger than it has attempted in the past. That is a serious shortcoming if you’re expecting the target’s investors to accept part-payment in shares.

The risks and rewards, then, are finely balanced. But the French bidder will know how the takeover game is played in the UK: in a tight fight, the surest way to succeed is to put a knock-out offer on the table. Whether Elis can afford to do so is a separate question. But, unless it does, Berendsen investors should stick with what they’ve got – a company that, in theory, ought to be able to scrub itself up.

It would be very funny if Fred Goodwin ends up giving evidence in court only because 9,000 retail investors in Royal Bank of Scotland are too disorganised to agree to the bank’s £200m offer to settle.

But such a turn of events would be farcical. The judge in the case, agreeing yet another adjournment, heard the claimants’ QC say that one impediment to a deal was the fact that there are “a small number of shareholders whose current address does not appear to be correct”. Come on, if you’re off to the high court with lawyers’ meters whirring, you check these things in triplicate.