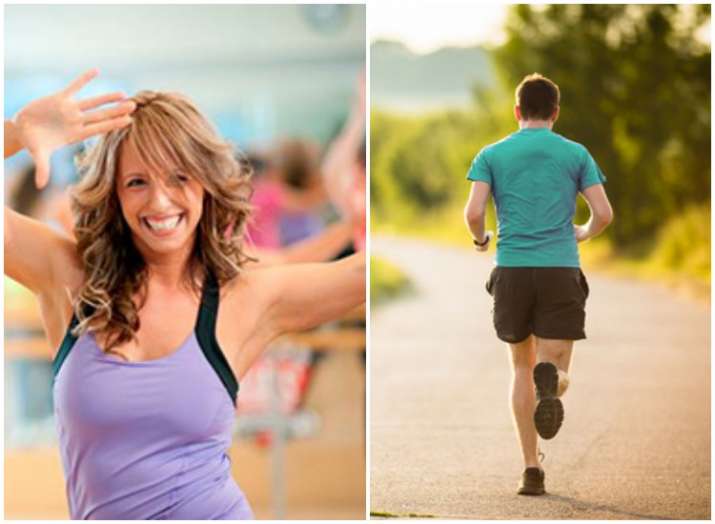 To follow a healthy lifestyle, it is essential to do mindful eating and include basic physical exercises in your routine. Coming to physical exercises, walking, jogging and running surpass yoga and gym training as the top choices of most fitness enthusiasts in India. This statement has been made after a new survey conducted on 7th April 2019.

Another activity which is also gaining prominence as a fitness form is Zumba, especially among women, with 18 per cent respondents enjoying it in 2019, up from 11 per cent in 2017, showed the Reebok “Fit India Survey 2.0” launched on the occasion of World Health Day.

Over half the respondents (53 per cent) confirmed that they have at least five activities included in their fitness regime, with walking (84 per cent), jogging (64 per cent), running (63 per cent), yoga (56 per cent) and gym training (53 per cent) emerging as the top choices.

The results showed that millennials in the country are increasingly opting towards a healthier lifestyle, with 95 per cent respondents indulging in at least one fitness activity – running, jogging or walking.

For the study, over 2,200 men and women, between the age group of 18-35 years, were surveyed across nine cities in the country.

Among all, Kolkata scored the highest “FitScore”, a combination of number of fitness activities participated in, a frequency of working out and nutritional awareness – of 9.

This year’s survey revealed an increase in women undertaking self-defence activities, with 45 per cent respondents including it as part of their fitness regime.

Strength workouts have also gained popularity among women in the last couple of years. More than 50 per cent female respondents also claimed to have participated in a marathon, half-marathon or a quarter marathon.